The weather has been flirting with the idea of summer weather in Kyushu for quite some time, so it's high time I pulled out all my summer bits and bobs. One new thing in my routine, however, is this Royal Honey Emulsion from Skin Food. I had a friend pick this up for me when she popped over the Seoul, since I was interested in trying but not enough to fork over the Y4000 it is in Japan.

I have to say, I've been really liking this as a night time moisturizer. It's lightweight and kind of tacky at first but after a few minutes it sinks in leaving you skin soft and plump. The weight and feel are perfect for the summer, when putting on anything unnecessary is just too much work. Overall though, I don't think I'll be repurchasing this in Japan - maybe if get over to Korea sometime where it's half the price - but for Y4000, I want a little more than just moisturizing going on.

Do you switch up your skin care for the summer? Have you ever tried the Royal Honey line?
1 comment:
Email ThisBlogThis!Share to TwitterShare to FacebookShare to Pinterest
Labels: emulsion, Korean skin care, royal honey, skin food, summer skin care I am going to start with a disclaimer, I have terrible eating habits. I can not say 'No' to ice cream ever, I love a good bottle of Hoëgarrden or Carlsberg on Friday nights, and a slew of other bad habits. There are several habits that I have slipped in my routine, to try and counterbalance the bad habits.

There is almost always a cup of water beside me at all times – to the point of where my little shoebox apartment is littered with them by the end of the week. Without consciously thinking about it, I can drink about four or five cups of water just sitting about and reading through my blog roll or watching the latest uploads on YouTube. While, water might be the best thing for you to drink, it can get pretty boring sometimes. So I've picked up a tip from Korea (and recently the rest of Asia) – drink water mixed with vinegar. I know, I know. It sounds absolutely disgusting, it certainly did to me when I first heard the idea. Now, I'm not talking white vinegar, the stuff you use to clean and cook with – although, I'm sure that's perfectly fine. However, there are actual products made for the specific idea with loads of flavors. I am personally loving this pomegranate vinegar I picked up for Y500 from Costco. It's delicious and cheap and my skin loves pomegranate, so win-win. Vinegar is supposed to be very good for the skin and the body, and some touted (though not proven) benefits are improved skin tone, improved digestion, and an increased metabolism. Plus if you're drinking a 'red' vinegar (hongcho? in Korean) they're supposedly loaded with antioxidants. Another habit, I've picked up since living in Japan is drinking tea. While I'm still not a fan of English tea, or heaven-forbid, matcha, I've really grown to like hot oolong tea and cold barley tea (mugi-cha), and even more recently I've started enjoying a cup of hot green tea. Although in contrast to everything else, I tend to prefer cheap tea . . . I haven't gotten myself to like the really strong stuff. Now, green tea is suppose to help lower your chance of cancer – which helps me gulp down the strong stuff whenever I'm presented with it, but it also apparently helps against wrinkles and ageing of the skin. Oolong tea is also high in antioxidants, specifically those that are supposed to fight free radicals. And barley tea is assumed to have the ability to protect teeth enamel as well as other health benefits. I have to say though, even though I've snapped a picture of the Lawson bottled tea, I much prefer home-brewed barley tea – somehow the Lawson one tastes faintly of soap to me.

What are your healthy habits? Do you like tea or vinegar-water?
No comments:
Email ThisBlogThis!Share to TwitterShare to FacebookShare to Pinterest
Labels: healthy drinking, healthy habits, pomegranate, tea, vinegar, water Sometimes I feel like my beauty routine is just a big long boomerang process. I find I product I like, I use it up. And while I have ever intention to repurchase it, I end up being drawn to something, via a recommendation from a friend or another blogger, or just pretty packaging. Then I randomly pick up the product again and realize that while all the other products were nice, they don't compare.

Clinique's Turnaround Concentrate has been like that for me. I always feel like my skin is missing a little something when I don't use it. It helps gently smooth out the rougher areas of my skin and even out my skin tone. And while it's pricey (especially in Japan) I find it lasts a good while. I put a pump in my night routine, after my toner, every other night. 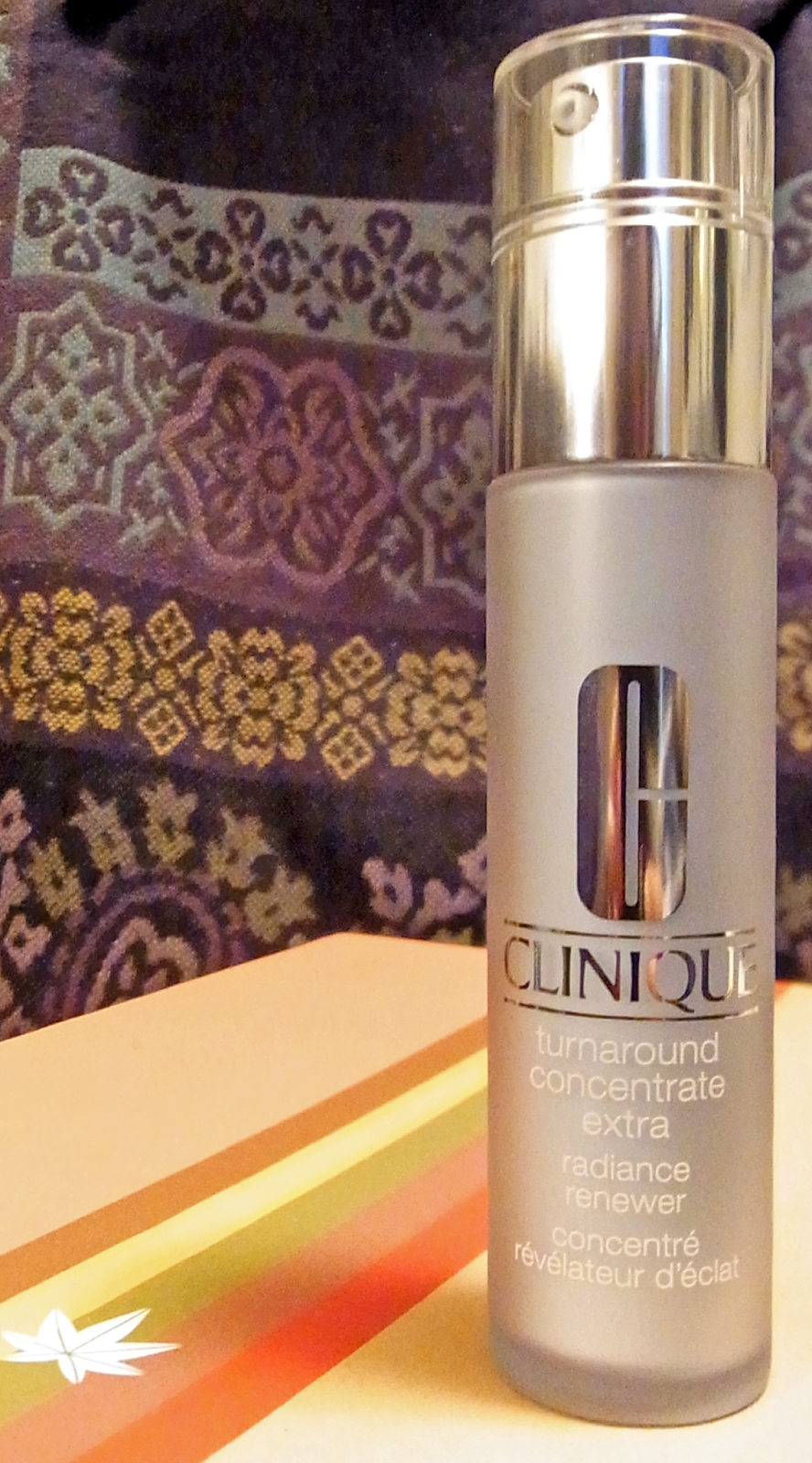 I'm sure I'll be distracted by pretty packaging or something or other, but I'm currently very, very pleased to have this back in my life. I like to use a mask at least once a week, if I can I try and use a sheet mask and a wash off mask each once a week. (Heavy emphasis on the try.) I always seem to be able to tell when I've been sticking to the a-mask-a-week routine and when I've fallen off. My skin just feels a bit limp and dull when I don't use them, and when I do, there's a obvious pay-off the next morning.

I'm currently loving anything pomegranate (my favorite is probably The Face Shop's pomegranate mask) and Skin Food's Royal Honey mask. Pomegranate has always made my skin look and feel amazing. And the Royal Honey mask smells amazing and makes my face feel so hydrated and . . . ぷるぷる . . . plump? (Here I go forgetting my English again.) I also purchased the avocado mask after hearing people talk about all the benefits of avocado for the skin – since I'm not particularly crazy about eating it, I figured a mask would be the next best thing.

Do you use masks? Which camp are you in? For the longest time the word 'whitening' in a products name or or description terrified me. As an American girl, raised on beach summers and swim team, I have always highly valued a nice tan over pale skin. Asia, however, is obsessed with pale, smooth skin. And on some small level, I've given in. The Omija line from Skin Food claims to be for 'whitening' of the skin, but really it's secret is in brightening and smoothing out skin tone. While definitely not a miracle worker, or a speedy overnight treatment, when I put these into my every day routine, my skin seems to perk up. I use the toner and serum all year long and the emulsion m ainly in the summer months when I can use it in place of a moisturiser.

It's a bit expensive in Japan, but in Korea it's definitely a steal. Have you ever tried any brightening or whitening products?
No comments:
Email ThisBlogThis!Share to TwitterShare to FacebookShare to Pinterest
Labels: brightening, emulsion, Korean beauty products, Korean skin care, omija line, serum, skin care, skin food, toner, whitening

A Second Day in Kyoto -} 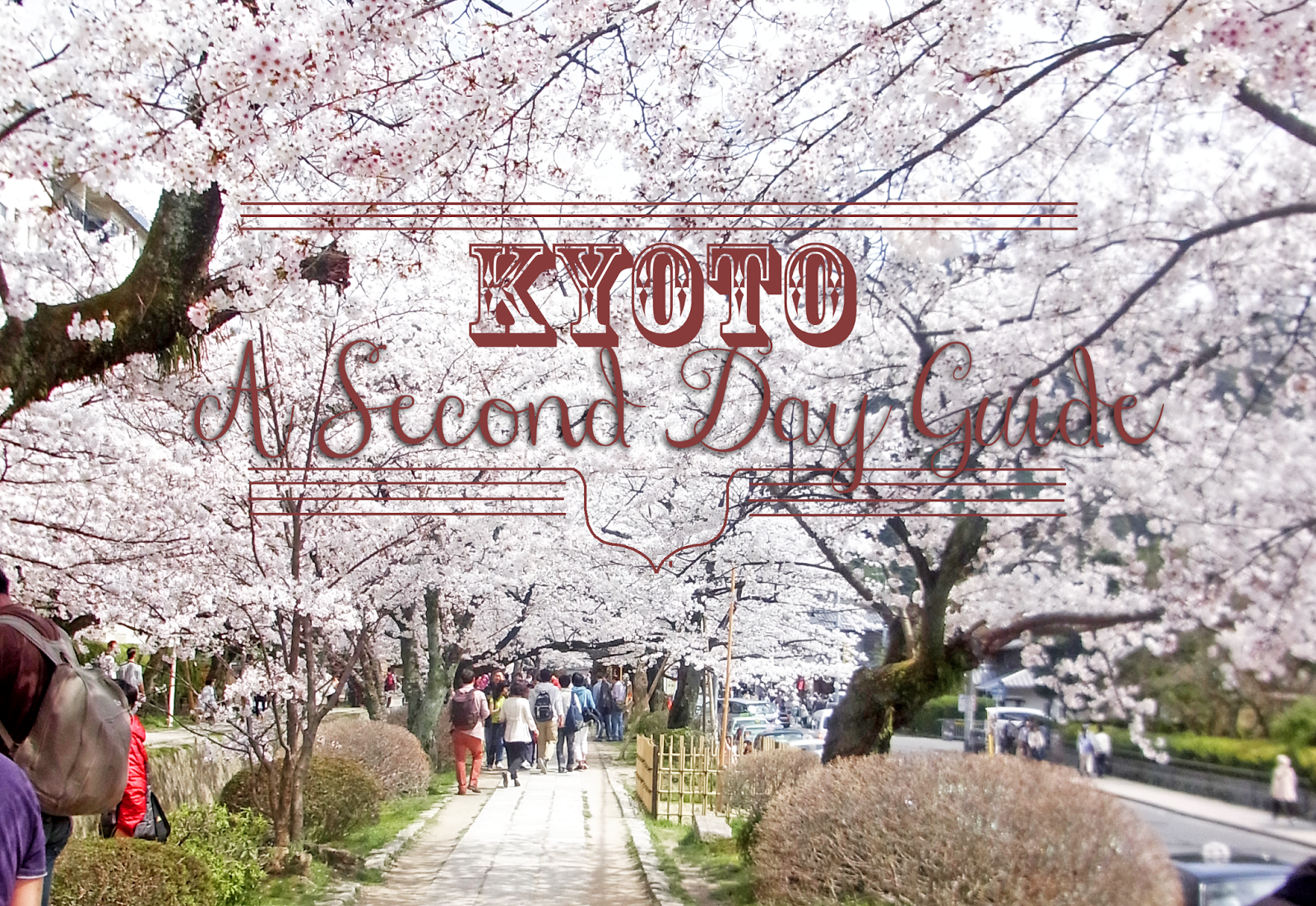 I feel like I need a disclaimer in addition to the post title, this was my SECOND time to Kyoto. I'd already been to Kyoto before (a few years back) and hit the major sites of Kiyomizu-dera, Ginkaku-ji, and Kinkaku-ji, and while I would definitely done some things differently if given the chance, I felt like seeing something a bit different this time around.

As soon as I arrived at Kyoto Station, I grabbed a day bus pass from the Information Booth, but on busy days (the weekend, holidays, etc.) they have a small table set up outside, in front of the bus queues so you can skip the epic lines that form in the booth. And I highly recommend getting a bus pass, because with each fare a flat rate of Y230 and the daily pass at Y500, it's a very good deal. And the buses are a total necessary evil in Kyoto. This time I did want to swing by Ginkaku-ji again, since it was under renovation when I went last time. The lady who sold me my bus ticket recommended grabbing a bus up to Ginkaku-ji and then working my way down towards Gion because the wait for a bus from the station to Gion was horrendous (trust me, I double-checked myself). Also, hopping the bus to Ginkaku-ji allowed me to get off at Imadegawa station and walk along the cherry blossom filled streets and creek-banks.

After Ginkaku-ji, I wandered along the road, and wound up at Honen-in, a quiet, beautiful temple that is high on my re-visit list. I was running late to meet my friends and kind of sped through the galleries and rooms the temple had on display. Whoops.

How would you spend a second day in Kyoto?
No comments:
Email ThisBlogThis!Share to TwitterShare to FacebookShare to Pinterest
Labels: Japan, Kyoto, travel You know how sometimes initial impressions can be wrong? Those pants that were such a steal make you look bloated. The super cute shoes, that actually pinch your feet. Ow. Yeah, I've made my fair share of those. But until now, none has landed me at the doctor.

Earlier this winter Matsumoto Kiyoshi put out a new organic house brand, Argelan. They might have other products but their two big products are lotion and shampoo. And I being a human being -that seems to magically posses scaly, lizard-esqe skin in the winter, I'm always on the look out for a new lotion.

So I bought this lovely packaged bottle of lavender scented body milk. And for the first few weeks it went well. And then I kind of forgot about it, until one morning I was feeling exceptionally dry and itchy. Before I threw on my normal layer of Heat Tech, I slathered my back with a coating of the lotion. Frankly this stuff smells amazing, I have to say, so the whiff of lavender I caught all day was quite nice.

However. That night, as I curled up and closed my eyes, I began to itch. And itch. And I couldn't sleep for an entire week because I was so itchy. I couldn't imagine what it was, nothing had changed. (I had been using the lotion semi-regularly at that point.) It took a trip to the dermatologist to figure out what was making me so unbearably itchy.

So while this is probably a lovely lotion/body milk for others, I shudder when I see it in the stores. Talk about trauma. Trauma from a body milk. Who knew?

Have you ever been lead astray by a product before?
No comments:
Email ThisBlogThis!Share to TwitterShare to FacebookShare to Pinterest
Labels: Argelan, Argelan Body Milk, body lotion, body milk, Japanese beauty product, MatsuKiyo
Older Posts Home
Subscribe to: Posts (Atom) 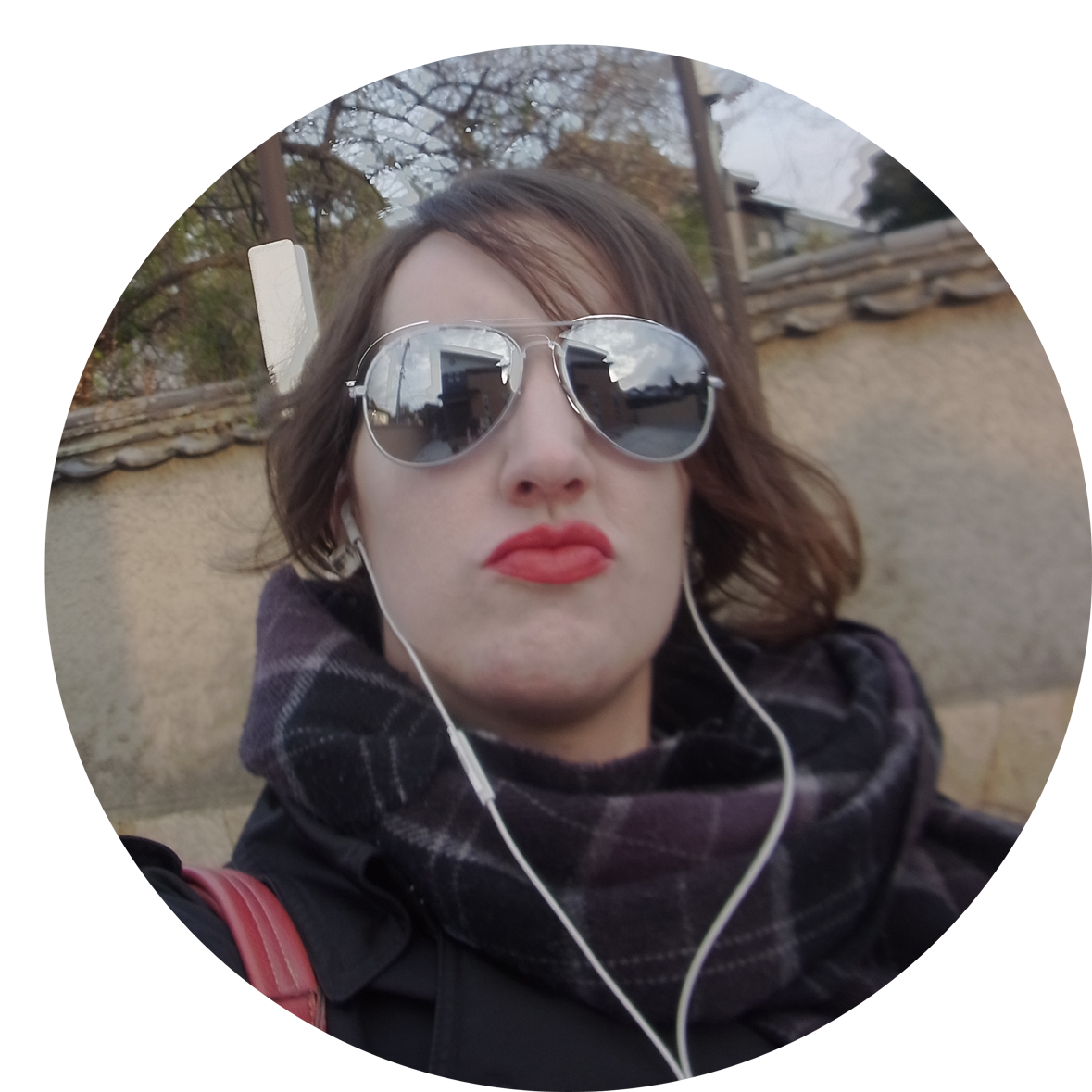 A 27 year old American living and working in southern Japan.